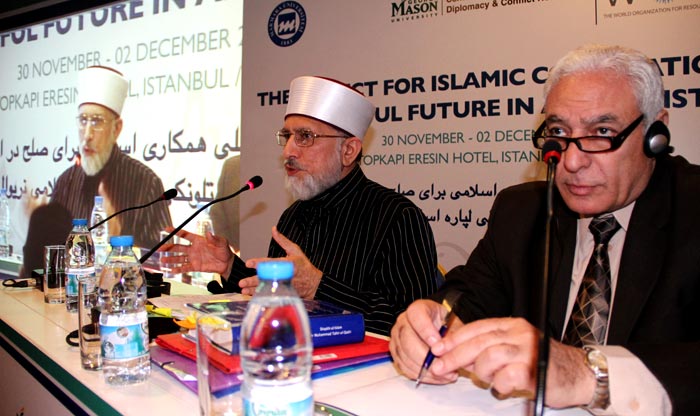 The Centre for World Religions, Diplomacy and Conflict Resolution (CRDC) at George Mason University, Washington D.C. along with Institute for Middle East Studies at the Marmara University, Istanbul organized and hosted the international 3-day conference in Istanbul, Turkey. The conference started on 30 November 2011 and concluded on 2 December 2011.

The conference aimed at creating a space for dialogue for a peaceful future in Afghanistan. There are many Afghan scholars, Imams who are trying to build peace and justice based on their own religious foundations, but they are currently unsupported and feel religious confusion about jihad, terrorism and suicide bombings due to the conflicts and wars spread over a decade.

This project was designed by Afghan Muslim peace builders and scholars in cooperation with a variety of local and international partners and contributors. For the first time, more than 120 Afghan Imams and civil society leaders engaged directly with leading Muslim scholars such as Shaykh-ul-Islam Dr Muhammad Tahir-ul-Qadri, General Secretary of the OIC Prof Ekmeleddin Ihsanoglu, President of Al-Azhar University, Dr Usamah al-Abd, Mufti of Bosnia Shaykh Dr Mustafa Ceric, Shaykh Hisham Kabbani and various other scholars.

Shaykh-ul-Islam Dr Muhammad Tahir-ul-Qadri, with his inspiring teachings and guidance, enlightened the Afghan audience and underscored the contribution of Afghanistan for Islamic values and classical knowledge which is their glory and should reconnect themselves to their lost glory. Shaykh-ul-Islam Dr Tahir-ul-Qadri highlighted various personalities whose origin is from Afghanistan such as Mawlana Rumi, etc. 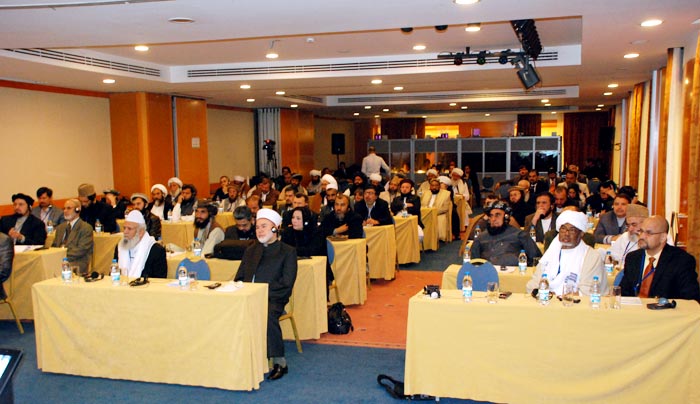 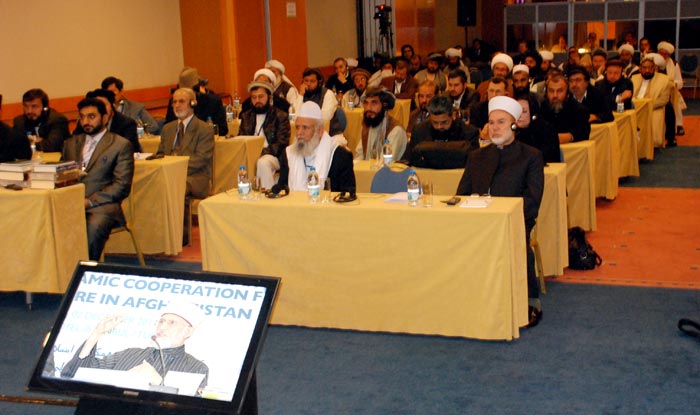 In his keynote speech Shaykh-ul-Islam Dr Tahir-ul-Qadri explained how the Afghans can acquire control of their country by rejecting radicalism and clarifying their minds that terrorism and suicide bombings has no link with Islam under any circumstances. He clarified that suicide bombings is forbidden i.e. haraam and will never be accepted in the name of Islam. He further pointed out that Afghans need to unite against the radicals and Taliban who are in fact responsible for the NATO occupation in the first place. He explained how they can bring peace and stability in Afghanistan by dialogue, reconciliation and by clarifying the concept of jihad. The Imams and civil society leaders all have to play their role to clarify the minds of Afghans who are confused about the issues of jihad & suicide bombings. They were requested to take benefit of the Fatwa on Terrorism and Suicide Bombings.

During the Q&A session, Dr Tahir-ul-Qadri addressed various questions relating to theological and political aspects and clarified that they should not mix the political issues with religion. They do not have the right to misuse Islam for political agendas or for their wrongly perceived jihad.

The Afghan leaders felt highly impressed by Shaykh-ul-Islam Dr Tahir-ul-Qadri's speech and Q&A session. Many Afghan leaders requested to meet Dr Qadri separately in order to ask some more specific questions about the situation in Afghanistan. The unplanned session was held in which leading Afghan Imams and scholars asked various questions about jihad, suicide bombings and how they can get rid of the current situation. Shaykh-ul-Islam Dr Tahir-ul-Qadri comprehensively addressed all their questions and clarified their minds about jihad and status of suicide bombings in Islam, to their complete satisfaction. They highly appreciated Shaykh-ul-Islam. He gave them a future strategy to fight radicalism and to enter political system in a democratic manner to take control of their land.

Shaykh Dr Usamah, president of Al-Azhar University also eloquently spoke on how to rebuild Afghanistan and the use of religious texts. He appreciated Shaykh-ul-Islam for his clarifications and agreed with his viewpoint. Dr Ghulam Qamar, a Minhaj-ul-Quran University graduate who is teaching at Al-Azhar also spoke at the conference. 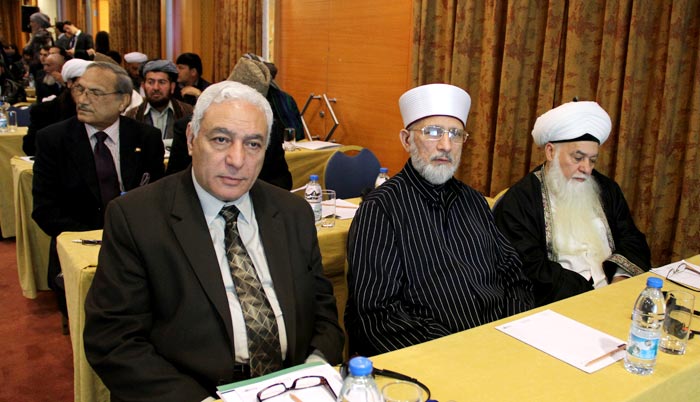 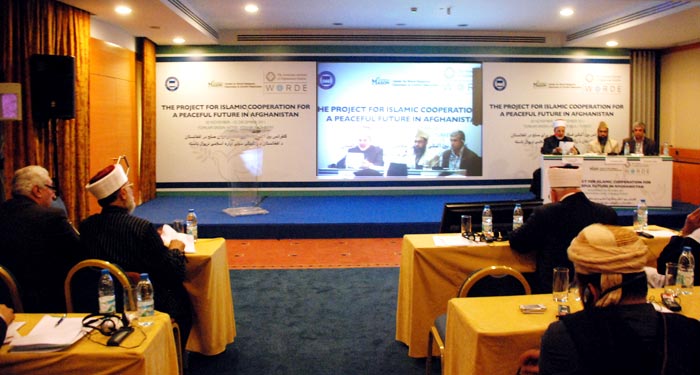 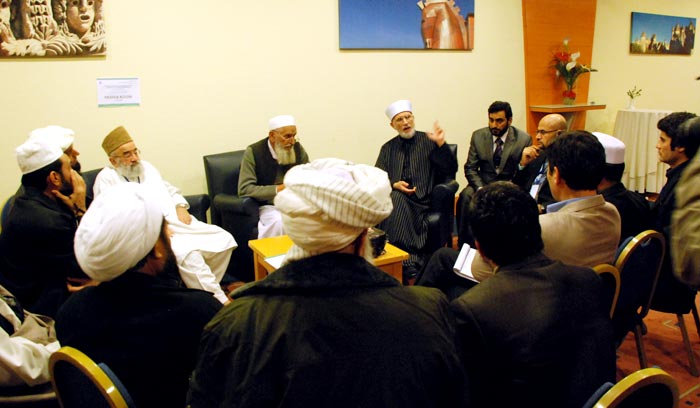 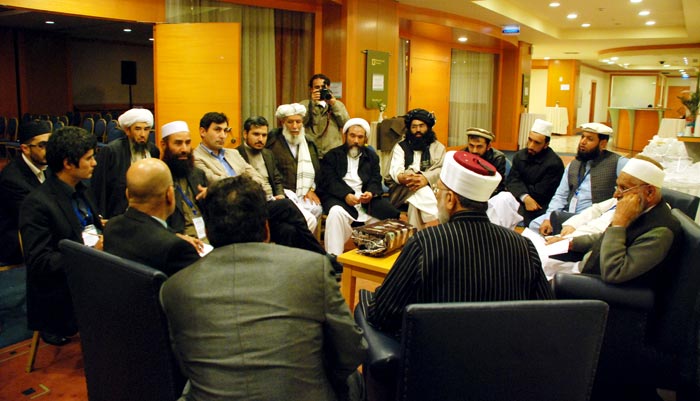 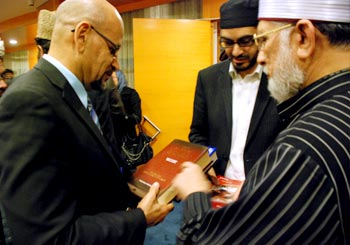 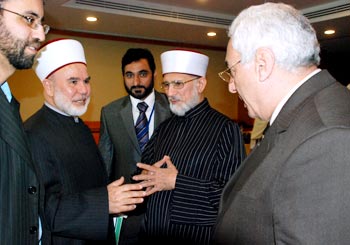 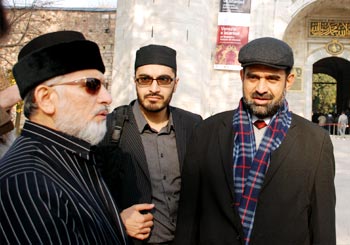 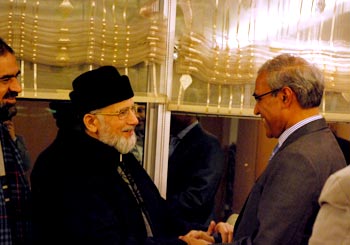 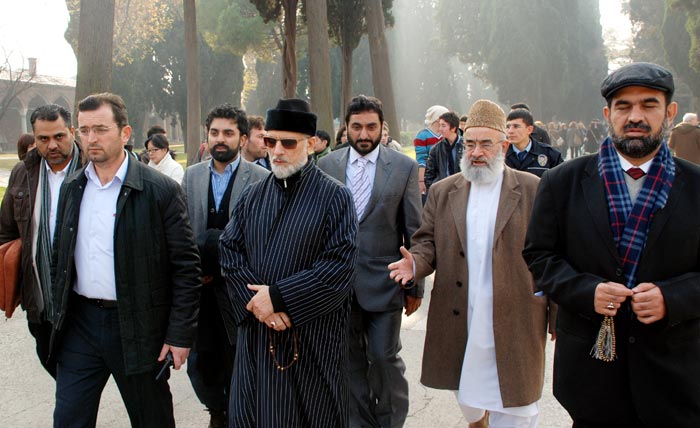