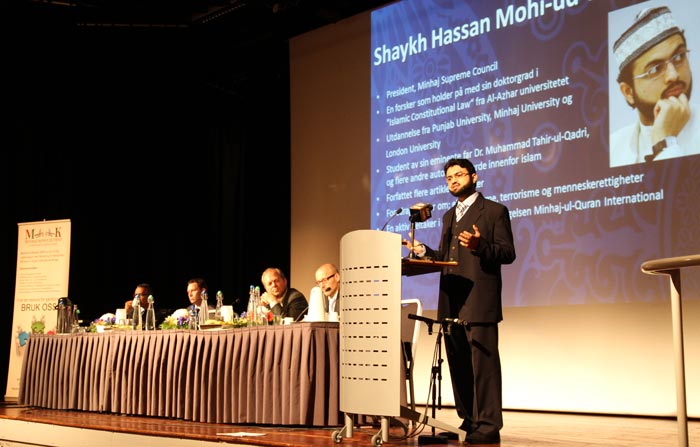 Minhaj Reconciliation Council (Norway) arranged a prestigious seminar in Oslo on the subject of “How to contain extremism?” on September 3, 2011. Shaykh Hassan Mohi-ud-Din Qadri, chairman of WAAG Pakistan Branch, was the guest of honour on the occasion. This unique program in the Norwegian history was organized with the cooperation of Police and Justice Departments. The seminar was meant to unveil the authentic Fatwa against Terrorism issued by Shaykh-ul-Islam Dr Muhammad Tahir-ul-Qadri, describe the basic stance of the Holy Quran and Sunna on this issue and promote awareness against terrorism and extremism among general public. 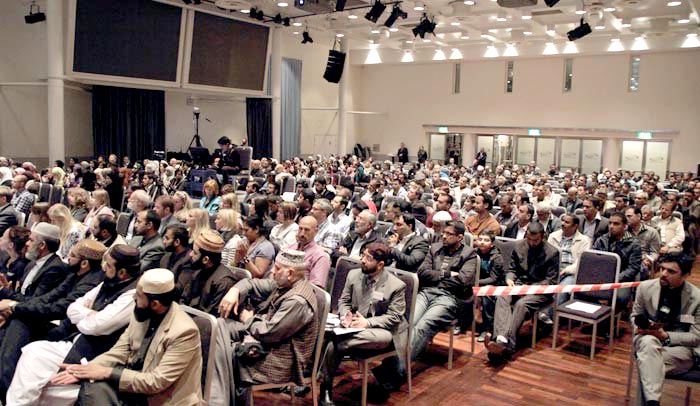 After the recitation from the Holy Quran and Naat, Allama Noor Ahmad Noor and Ms Sunniva Gylver, a woman priest, expressed their views to show their sympathy and condolence with the affectees of terrorist incident on July 22, 2011. A silence of one minute was observed on this occasion. Mr. Brynjar Lia, a renowned scholar of the defence department and countert-errorism expert, delivered his talk on the topic of containing terrorism. Dr Tore Bjorgo, senior research scholar of Police Academy, also expressed his views on the subject. He congratulated Minhaj-ul-Quran International Norway on this important initiative. Mr. Owre Thorshaug, advisor to Norwegian Minister for Justice, threw light on the steps and measures taken by the government to stem terrorism. He underscored the need of benefiting from each other’s experiences and working together for the establishment of a just and peaceful society. 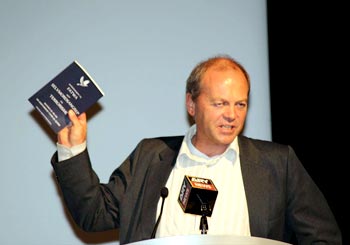 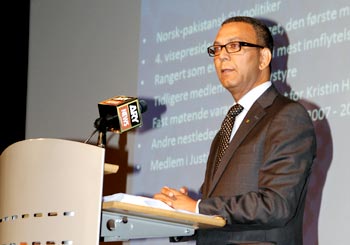 Chief Guest of seminar, Shaykh Hassan Mohi-ud-Din Qadri, who is also chairman of WAAG Pakistan Branch and President of Supreme Council of MQI, presented a comprehensive, scholarly and research-based paper on the subject under discussion. Describing the kinds of extremism, he particularly threw light on religious and political extremism in his speech. He said that religious extremism flourishes due to literature of religious bigots. The youths are brainwashed to fulfil the international political agenda by invoking the name of religion. The political extremism, he said, take root because of poverty, unemployment, injustice and denial of fundamental rights. He said that terrorists had nothing to do with Islam. They were the enemies of Islam and humanity. He said that the literal meaning of Islam is peace and security. The Holy Prophet (SAW) while describing the definition of a Muslim, said: “The Muslim is the one from whose tongue and hands other Muslims remain safe.” Shaykh Hassan said that following the migration of Medina, the society upon which the Holy Prophet (SAW) conferred rights for the first time was a multicultural society, which comprised the Jews, Christians, Muslims and polytheists. 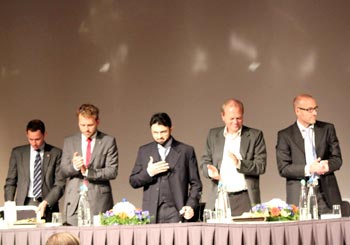 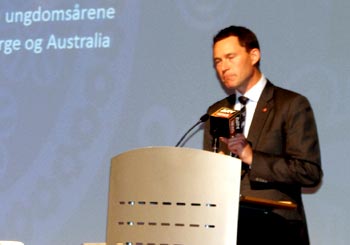 Shaykh Hassan Mohi-ud-Din Qadri further said that Islam is a peaceful religion and no Muslim can commit terrorism nor can any Muslim be a suicide bomber. He said that Islam talks of human dignity and honour. Those who wrong interpret the Islamic terms and slogans such as “Dar-us-Salam”, “Dar-ul-Kufr”, and “Islamic Caliphate” are those extremists who are bent upon destroying the world peace for the sake of their nefarious designs. He said that Minhaj-ul-Quran International is engaged in a struggle to eliminate the scourges of terrorism and extremism through peaceful and intellectual means without any discrimination of a Muslim and non-Muslim. 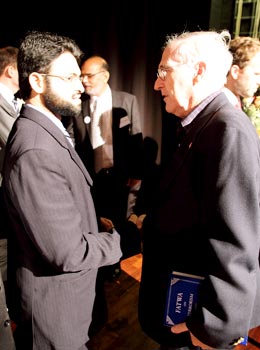 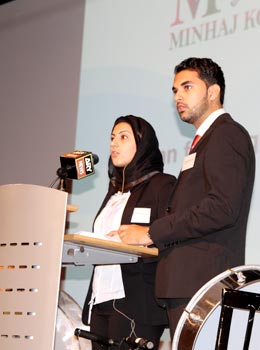 He said that the world-renowned Al-Azhar University has been propagating and promoting the values of moderation and tolerance for many centuries. MQI (UK) has also been organizing anti-terror camps such as “Al-Hayida” for last many years in which the hundreds of participating youths are imparted the lesson of peace, love, brotherhood, integration, harmony and tolerance. He said that MQI is holding Peace for Humanity Conference on the subject of “Muhammad (SAW): The Mercy of the World”, which will also be attended by Shaykh-ul-Azhar Dr Ahmad Attayab, Dr Muhammad Abdul Fazeel al-Qausi and other renowned scholars. This Conference, he added, would be a milestone in synergizing the efforts of Minhaj-ul-Quran International and Al-Azhar University against terrorism and extremism. 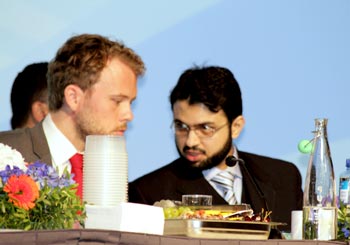 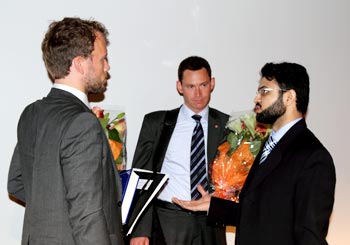 Expressing his views after the keynote speech of Shaykh Hassan, Mr. Audun Lysbakken, Norwegian Child and Family Minister, appreciated this moot of Minhaj Reconciliation Council. Waving the historic Fatwa of Shaykh-ul-Islam Dr Muhammad Tahir-ul-Qadri, he said that this Fatwa was a great scholarly treasure and served to allay many misunderstandings and confusions. Referring to scholarly talk of Shaykh Hassan Mohi-ud-Din Qadri, he said that he was sure that many misunderstandings about Islam and the Muslims would have been removed after the intellectual presentation of the Shaykh. He said that the facility with which the speaker threw light on the genesis of and possible solution to extremism was quite convincing and we must benefit from him. He also highlighted the need of working together without any discrimination of religion and culture in the larger interest of peace and harmony in the world. Mr. Barry White, the US Ambassador to Norway, attended the seminar along with wife and political secretary. He paid a tribute to the global services of Shaykh Hassan Mohi-ud-Din Qadri. 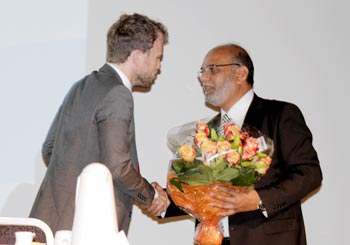 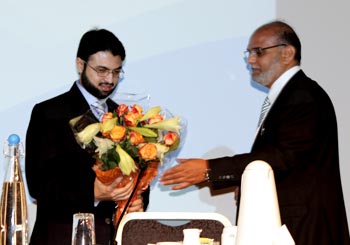