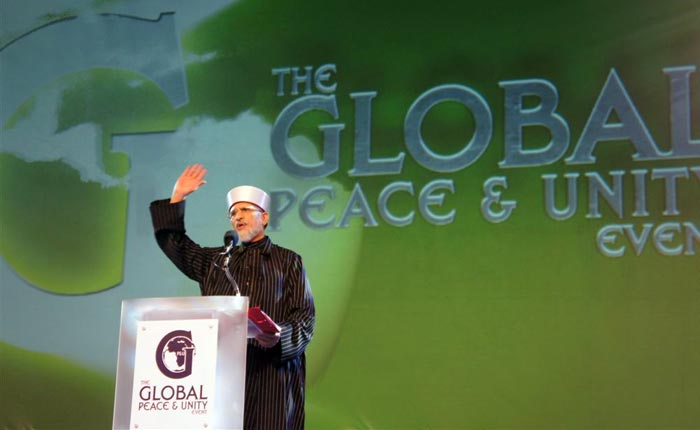 Islam stands for peace, love and human dignity and there is no room for terrorism in Islam. This was stated by Shaykh-ul-Islam Dr. Muhammad Tahir-ul-Qadri, in a powerful speech to a gathering of thousands of British Muslims at the Global Peace & Unity event on 24 October 2010.

Dr Tahir-ul-Qadri started his passionate and powerful speech by declaring that Islam stands for peace, love, compassion, human dignity and mercy. He said “Islam does not stand for any kind of violence, militancy, terrorism, and brutality.”

He said “This is Islam which came at a time when the dignity of mankind was lost, there was brutality, violence and people were cutting their necks. At that time there was racial, religious and tribal discrimination and there was no respect for slaves. At that time Islam stood up for the poor and oppressed people, orphans, and women and gave respect and dignity to the mankind irrespective of their race, religion and culture. This is Islam which came for promotion of global peace and mercy and dignity.”

He said “I want to communicate this message of Islam to the whole mankind. People have misled the youth by wrong perceptions and interpretations of Islam.”

Speaking about “Jihad: Perception and reality”, Dr Muhammad Tahir-ul-Qadri said that the perception that Jihad is a holy war is completely wrong and younger generation has been misled on this count. It is due to various reasons. Jihad is seen as an act of violence which is against the concept of jihad.

Dr Muhammad Tahir-ul-Qadri clarified that “the literal meaning of jihad is exertion, struggling, striving, and putting extreme efforts according to extreme abilities, to counter evil, to achieve good for sake of Allah.” 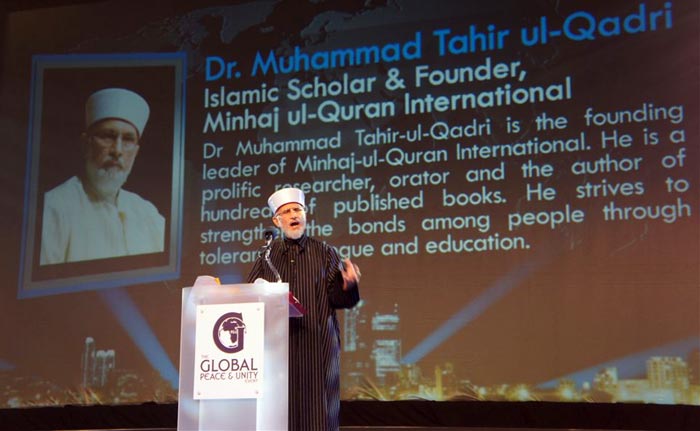 Dr Qadri said “he wants to address the Muslim audience who are misguided or mislead and to the western world that there is NO verse which advocates killing, brutality and terrorism.”

“There are two ways of determining the meaning of a verse, either through its actual text or context (a verse which comes before or after). There are in total 35 verses in the Holy Qur’an which mention the word ‘jihad’. There is no single verse in the Holy Qur’an which has both words i.e. jihad and ‘qitaal’ (fighting) in the text of the same verse. There are only 4 verses which mention jihad (in the sense of lawful defensive fighting) in the context of qitaal; qitaal is mentioned in some verses either before or after, but not in the same verse. This means that jihad and qital (fighting) have not been mentioned together in the whole of the Quran from Al-Fatiha (first chapter) to An-Nas (last chapter). This means that Jihad does not necessarily mean fighting”.

Dr Muhammad Tahir-ul-Qadri said "Let me make it very clear and sound, let me remove any ambiguity that no leader or a group has any authority to declare Jihad. If any leader or a group does that, it is terrorism and not jihad."

He also made it clear that “it is solely the prerogative of a state authority to declare Jihad and only as a matter of last resort when diplomacy and all other efforts to make peace have failed.”

Finally he asked the audience to support a declaration against terrorism and to raise their hands and stand up against the suicide bombing and terrorism. The whole crowd stood up and agreed with Dr Tahir-ul-Qadri.

Dr Muhammad Tahir-ul-Qadri has been promoting the anti-extremism message in the UK since he issued his 600-page fatwa on terrorism. Last summer he spoke at the 3-day residential anti-terror camp. He will be speaking to a Washington DC audience next month. 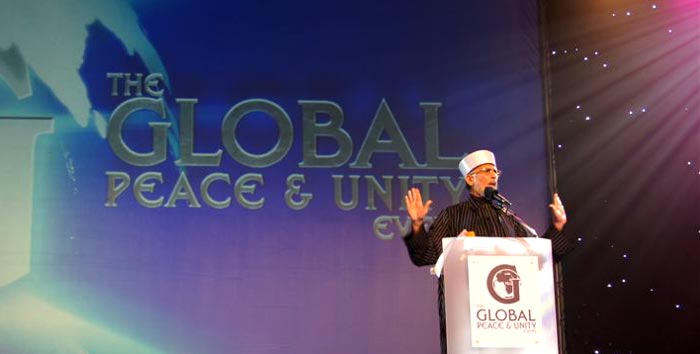 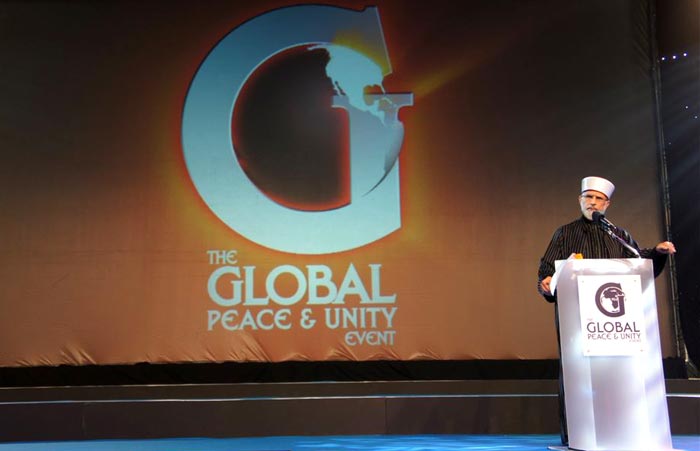 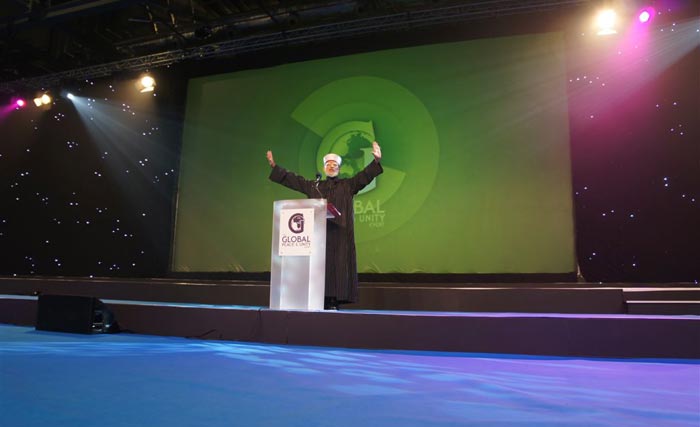 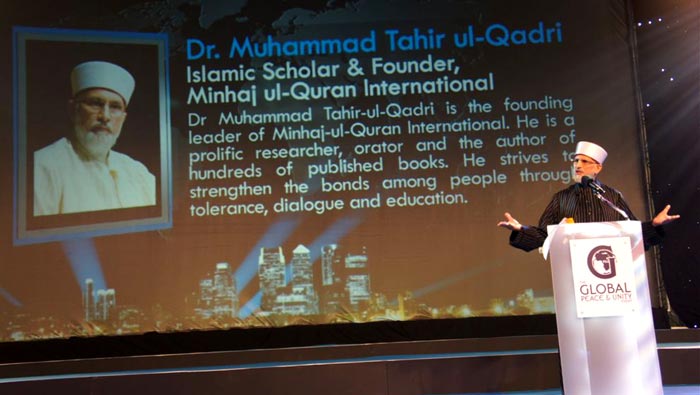 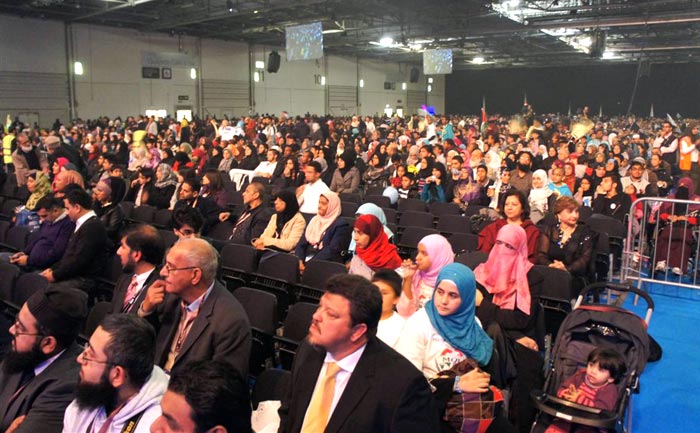