The ‘al-hidayah 2010’ which attracted around 1500 young Muslim men and women from across the UK, Europe and North America, was held at the University of Warwick on 7th, 8th and 9th of August , 2010 with the aim to de-radicalise and spiritualise the Muslim youth. The UK’s first Anti-Terror Camp, as described by the western media, was organised by Minhaj-ul-Quran International UK and every participant paid £200 to participate. Included among the special guests were academicians, politicians, government officials and various media outlets as well as scholars from across the UK. Some key participants included:

Shaykh-ul-Islam Dr Muhammad Tahir-ul-Qadri, the keynote speaker of the event opened the camp with a press conference which was attended by mainstream UK and international media.

At the opening press conference Dr Muhammad Tahir-ul-Qadri shed light on the aims and objectives of the camp and emphasised on the reasons why he believes it is necessary to train the youth to tackle extremist ideologies. He said that this 3-day initiative is aimed at awakening the Muslim youth to challenge the arguments of the extremist and to promote the need of collective action for promotion of peace, interfaith dialogue, and harmony and addressing the misunderstandings and confusions the concepts of jihad, khilafah and democracy. 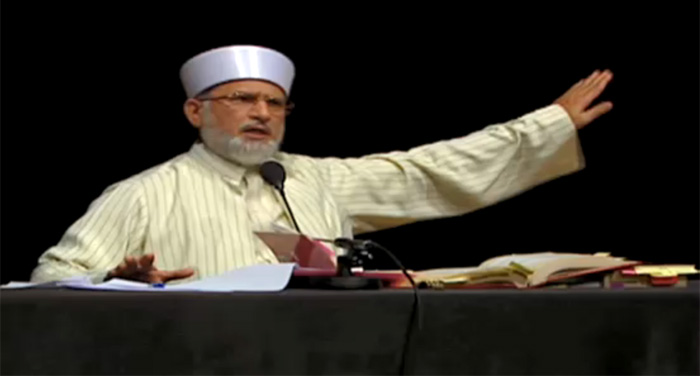 Analysing the emergence of terrorism, he said that cancer of terrorism does not emerge from nowhere but it begins as an ‘ideological infection’ which is a narrow interpretation and vision of Islam. It is misinterpretation of the Qur’an, Hadith and classical authorities of Islam. He said this process begins in mosques, schools, Universities, and through the internet by extremist groups. They initially start persuading their argument which leads towards brainwashing. He said that “terrorism is a cancer that begins from and an ideological infection.” 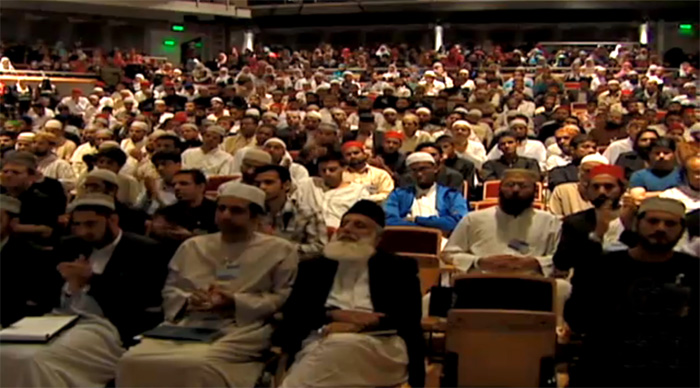 In a passionate voice he said that terrorism has ideological, philosophical and political roots and extremists misinterpret concepts of Jihad, Khilafah, and democracy. There are some groups who consider democracy and participation in politics as disbelief and these incorrect concepts are used to exploit the vulnerable youth.

Addressing a vital issue which is being prominent amongst the extremists is to take over Britain and western countries and to host a Muslim flag on 10 Downing Street; Dr Qadri rejected this notion and said it was nothing but non-sense and ignorance of Islamic teachings. He said this kind of thinking shows the mental illness of such individuals and they need mental treatment.

He clarified that Britain and other western countries were not ‘Dar al-Harb’ (Abode of War) but ‘Dar al-Aman’ (Abode of Peace) where people of every religion and faith have equal rights and opportunities to practise their religions and even launch faith-based TV channels.. He added “All these Western countries - Britain, Europe, North America, wherever you are living - since you are enjoying all rights, all freedoms according to the constitution as other non-Muslim communities are enjoying, there is no difference. And I would have no hesitation in saying you are enjoying the rights and freedoms much better than in many other Muslim and Arab countries.” 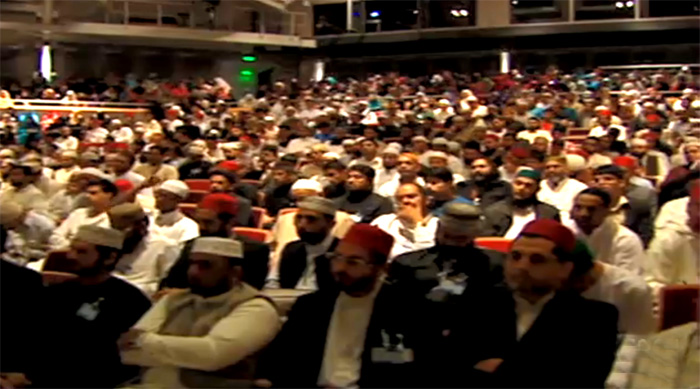 Dr Qadri also clarified that he or his organisation Minhaj-ul-Quran does not take any funding by any government in the world hence he does not say anything to please any government. He says the truth to please his Lord and the Prophet (peace be upon him).

He said that the youth who attended the anti-terror camp are being trained to rebut the arguments of the extremists in their communities, colleges and at the universities. It will prepare them intellectually and spiritually against the forces of extremism.

He stressed that foreign policies of western countries are used as tools of ignition to exploit the sentiments of young people and radical preachers and groups exploit such sentiments and passions of youth.

He said there are alternative solutions to violent actions. He said integration, participating in political process and to express disagreement of foreign policy in a peaceful, constitutional and democratic manner in regarded as Islamic. Integration is a solution which Islam has provided and which should be used to practically play a vital and progressive role in the western countries.

Dr Qadri also clarified the concept of Jihad, which has been hijacked by the extremists and he pointed out that out of 35 Qur’anic verses which mention the word jihad, 31 of them have nothing to do with fighting or war at all. He clarified that the other 4 verses only deal with self-defence. He also made it clear that individuals or groups have no authority to declare jihad. It is solely the prerogative of a state authority to declare jihad and only as a last resort when diplomacy and all other efforts to make peace have failed. The Khawarij-inspired jihadist ideology is swiftly being dismantled and it is proved that under no circumstances or pretext are they are allowed to declare war.

Addressing the confusion of identity crises whether a Muslim youth in Britain is British or a Muslim, Dr Qadri said that there is no interlink between ones faith and ones citizenship or country. “If you can be a Pakistani and still a Muslim, how can you not be a Muslim if you are a British national?” he questioned. He said that Muslims should fully integrate into the societies where they are living and positively contribute to the society. They faith does not stop them to contribute towards the country where they are living.

Dr Tahir-ul-Qadri said that following the publication of Fatwa against Terrorism, it put a stop to its practice of stereotyping the Muslims and conveyed the Islamic message of tolerance, harmony and interfaith dialogue to a wide range of people and regions. This step dealt a lethal blow to the extremists and encouraged the reformers.