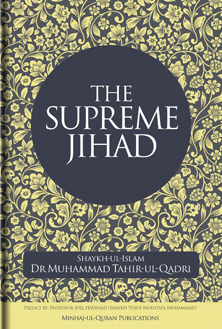 Jihad, a word popularly translated by the media as ‘holy war’, provides the ideological underpinnings to violent extremists, while at the same time informs the average westerner that Islam is a religion that advocates violence and barbarism. And yet the famous saying of the Prophet Muhammad, while returning from battle, “We have returned from the lesser jihad to the greater jihad” has ensured that to the majority of Muslims around the world, jihad primarily refers to the inner struggle against base desires, and the spiritual and moral endeavour to promote human values and achieve fairness and justice in society.