Countering the ISIS Terror From an Islamic Theological Perspective 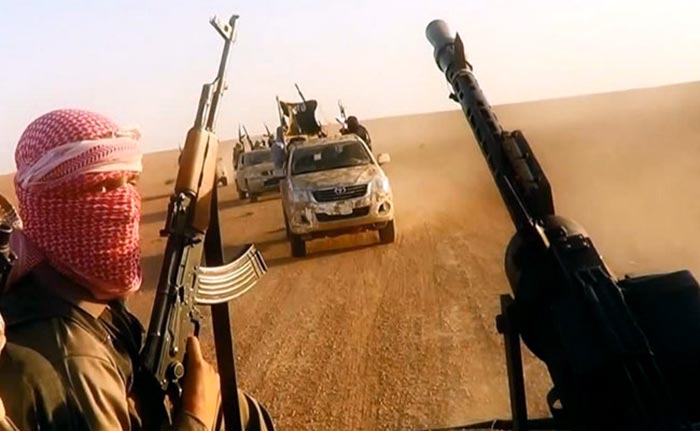 Last weekend, 50 young British Muslims converged to the leafy surroundings of Kidderminster to be trained for counter-extremism work. Their purpose was to learn how to weed out emergent religious extremism from its ideological and theological roots, and therefore to prevent young people from being brainwashed into leaving their homes to join barbaric terrorist groups abroad.

I, along with the other organisers, have watched with some sense of bewilderment and a deep sense of sadness as seemingly academically bright boys and girls and young adults elope to the Middle East as potential jihadi brides or would-be jihadi Johns. There is no doubt in my mind that there is a process of brainwashing involved, as effective as that carried out by any weird or dangerous cult.

And this brainwashing occurs through a combination of exploiting grievances regarding Muslims in difficulty around the world and the promotion of a number of ideological and theological themes. And to top it off, there is a sinister glamorisation of violence and swaggering displays of male machismo in social media broadcasts. All of these together create a potent mix to attract young Muslims, some perhaps looking for purpose or significance in otherwise unfulfilling and anonymous lives.

As for the response from government and most Muslim organisations, I’m afraid it’s been woefully inadequate. On the one hand the new government is hell-bent on eroding our civil liberties even more under the pretext of safeguarding security. Millions of pounds of taxpayers’ money have already been spent, some on dubious projects, with questionable results. On the other hand, many Muslims wish to deflect blame almost entirely on western foreign policy in Muslim lands, whether military ventures or support of despotic regimes. Yet Muslim imams and scholars must not brush the issue under the carpet or wash their hands of responsibility. Of course, government agencies, law enforcement, schools and other institutes all must play a part, but we Muslims must be central to the process of preventing radicalisation.

Much has recently been said in the media on the recognition of radicalisation, but it is an unfortunate fact that many Muslims, whether imams or parents, let alone non-Muslims, cannot recognise the radicalisation process, or present any cogent or evidence based arguments against it. Radicalisation is happening under their very noses and yet there is nothing they can do about it. Neither is it the case, as many non-Muslims may believe, that growing a beard, donning a hijab, avoidance of alcohol or other sudden expressions of religiosity are necessarily indicators of radicalisation. Radicalisation in young Muslims is less to do with outward expressions, than with specific ideas, backed up by ultimately what are flawed and superficial theological justifications.

So, what did the participants of this three-day camp learn, and what do they hope to achieve? They studied a preview of the Curriculum for Peace and Counter Terrorism, the work of the renowned scholar Dr Muhammad Tahir-ul-Qadri, and due for an official launch later this month. This detailed and comprehensive syllabus points to material from authentic and undeniable scriptural and scholarly sources, with counterarguments to the ideas employed by ISIS and other groups. These include the legitimacy of setting up an ‘Islamic state’, the legality of armed rebellion against the Muslim state and collective order, the true concept of jihad, clarification of certain verses of the Qur’an exhort killing, such as “wherever you find them, kill them”, and the beliefs and ideology of the Kharijites. The latter label, ‘Kharijites’, could well form one of the most potent countermeasures against ISIS recruitment, as the official launch in London of the Curriculum will demonstrate later this month.

These 50 young people (half of whom were female) will be travelling the country to speak at school assemblies, youth centres, mosques and other educational institutes. They will be working in social media to counter the rhetoric and misleading propaganda of extremists, and carrying out outreach work. We plan to roll this camp out to other parts of the country, and eventually form a large cadre of young people equipped with the knowledge and skills to tackle this growing problem. Of course, terrorism and extremism has many causes, and one cannot pretend that this is the magic bullet to destroy it once and for all. But for the first time in the UK and Europe, a new front has been opened, an ideological struggle against ISIS and other such groups, a jihad even, spearheaded by young Muslims committed to working in their communities to play their part in helping to destroy this evil scourge.